Recently I was spending time with a friend’s kid, whom I call my niece, even though she isn’t.  She’s almost four and she’s pretty close to perfect – I adore her.  We were playing with her dollhouse, which she has turned into a school because “dolls are stupid”, when she started telling me about a story she heard.  After about 4 seconds I realized that she was talking about the story of Snow White – and she was talking about the old-school Snow, not some modern version that she has seen on t.v. or at the movies, but serious early-Disney cartoon Snow White.  This kid is awesome enough (well, her mother is awesome enough to teach her) to know that the whole thing is bunk, but she still had some questions.  “Why did she run away?  How did the prince save her?” kinds of questions. 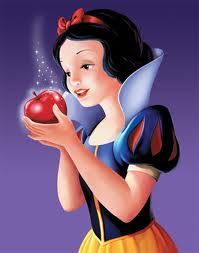 I started to answer her with some kind of gentle diatribe about how Snow could have just saved herself, and how my niece should never wait for someone else to live her life and damn it kid, don’t let a boy treat you like shit type of response when I saw her face.  Her normally sweet face looked, well… worried.  She was worried about me, and I shut up quickly and changed the subject to how great Wonder Woman is, a topic I think we can all agree on.  She smiled and placed her hand on my cheek and agreed that Wonder Woman is awesome.  In other words, she is three and she knows enough to know that I am not exactly stable in the relationship discussion, and I was mortified.

I started thinking about the things you read and watch and hear as a child and how they shape your views as an adult.  I would swear that the majority of my relationship issues came from my first reading of Pride and Prejudice when I was eleven.  I don’t know what a more appropriate book would have been, but falling in love with Mr. Darcy at that impressionable age did absolutely nothing positive for me.  Somewhere in the reading and re-reading of this book, I formed a view that the right man would be misunderstood, he would be deep and tortured and brilliant and have horrible communication skills.  And I would save him from all of that by simply understanding him.  Damn you, Jane Austen.

And then, just to make matters much much worse, the BBC decided to pound the last nail into my coffin by releasing the miniseries starring Colin Frigging Firth.  Seriously?  Below the belt, BBC.  Not at all cool. 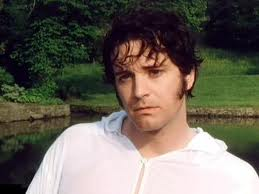 So, damage done, many years later I am still fighting against the idea that Mr. Darcy exists – or more specifically, that even if he exists, he is NOT the perfect guy for me.   It’s fairly easy to draw parallel lines from Mr. Darcy to the ex (whom we will refer to as the Enemy of Honesty – EoH for short).  He too was misunderstood, I thought, he was deep and tortured and brilliant.  The only thing I really nailed was his horrible communication skills.  I couldn’t save him from anything though, and I couldn’t save myself from the pain of loving him and the only thing we truly had as a similar value was that we both thought he was more important than me.

EoH spent most of the last year feeling sorry for himself – totally neglecting the fact that it was his choices and his dishonesty that led to his current state – and I went right along with him.  This nonsense continued, and I made excuses for him and his behavior, until I couldn’t listen to one more lie, and I couldn’t be soothed by his words and forget his actions anymore.  I think that the right man, treating you the right way, does not need a bunch of explanations.  I think that more than passion and drama, what I crave and want is transparency and trust.  I want the idea of Mr. Darcy to fade because real love is not take a thousand misunderstandings and silent suffering, and I’m honestly fine alone until I find it.