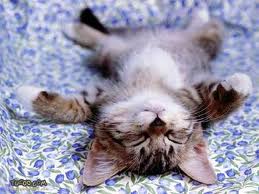 I’m so effing tired I think I’m going to fall over.  It’s been a very long week traveling for work and sitting in meetings and trainings for eight hours at a time.  I’ve been faking extroversion for five straight days while eating too much, exercising too little, and sleeping almost not at all.  I seriously want to just go sit in a bathtub with a book but I have hours more of this meeting to get through and then a long drive home.  Also, one of my coworkers just came in and offered me a piece of “candy” that she brought back from her trip to India.  Failing the wits to fake diabetes, I had to take it and eat it while she stood there and told me about her trip and now I am wishing for a time machine and an invisibility cloak.

To top it all off, I got home last night to find that my master bathroom toilet is leaking.  So I’m going to go to Home Depot and buy a new kit and install it myself.  You know, because I can do things like that.  Wait, no, that’s absolutely incorrect, I can’t do anything like that.  This will be like the g-d nightstand but way worse because I’ll have to walk down the hall to pee and it will make me mad every time.  I wish you could rent men by the hour (not for that, you perv) to fix stuff, kill bugs and do research on the new car I have to buy in a few months.  I think they are called handymen (to fix stuff; the ones who kill bugs are called exterminators and I bet they hardly ever make house calls for one teeny spider in your shower), but I am not home enough to actually find and schedule one, so blah.