Are solar flares real? I mean, is that really a thing? Because if not, the gods of technology just hate me. Last night, when my first big assignment was due, all hell broke loose at my house. For some reason, my wireless was kicked offline, which took 2 hours to reset. Then my satellite dish was knocked offline, which for me might as well be torture. Then both of my phones started updating themselves (this really happened, I was not just procrastinating) and were stuck in a 3 hour loop – I am fairly sure that this is how the world ends – and the machines are taking over, you guys. At one point, I just sat down on the floor and cried and then took out a pen and paper (pen and paper!) and started writing my assignment like I was Laura Ingalls Wilder or some shit like that. 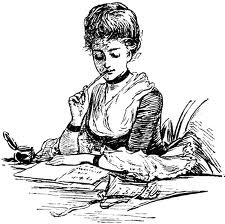 Seriously, it was insane – at some point I even contemplated going to mooch wireless off of Starbucks like I am some hipster nerd screenwriter in North Hollywood. Eventually the machines stopped conspiring with each other and I got my assignment posted and then turned my full attention to the television. Recently my DVR got totally wiped out and I lost all my carefully recorded important shows, such as Chopped and How I Met Your Mother, so I was immediately panicky at this prospect. Since I will go to superhuman lengths to avoid speaking to anyone on the phone, I tried trouble shooting on my own which predictably failed. I exhausted every outlet and was then thoroughly angry at Dish Network but had no choice other than being the asshole who calls up screaming because they are about to miss New Girl. This whole evening becomes much worse as I inexplicably get the one person at Dish’s call center who is so incredibly nice and helpful that I’m immediately fine and the television is back to normal in 8 minutes. It very much sucks when people subvert your anger with competence.

So, obviously (hopefully obviously, I’m really not this unhinged), this isn’t really about technology or television. There are other things going on that are stressing me out and I am having a hard time dealing, and a hard time processing. It’s two enormous steps back for me this week, I’m afraid.