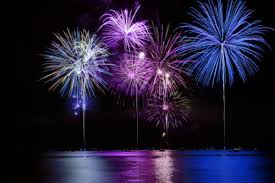 New Year’s Eve! On this day I usually spend some time thinking about resolutions – those things that sound like a really great idea this minute but will seem like they were written by an alien within two weeks. One year I made 12 resolutions, and I divided them by month and then set up deliverables for each week in that month related to that resolution. Because I am the worst human being on Earth. Last year I kept them vague – get out of the funk I was in, try new things, do not regress. That was, if it is possible, even less effective. Occasionally Stacey and I will email each other throughout the year asking for status on the resolutions we made with comments like “how’s that sobriety going?” and “I don’t think that was one of my resolutions – I think it was yours” but mostly we are drunk and just giving each other shit.

1. I’m going to embrace the idea that just because you can get better at something, it’s possible that you will never be good at it. I have this stupid thing about me that demands to try to conquer things long after I have any interest or passion for those things. An example here is knitting – I took 3 knitting classes and I frankly hate to knit (Sorry T!). It’s stupid, I’m never really going to like it, and there are much more enjoyable ways to relax (Bejeweled Butterflies) so I am going to stop. I get that I just made a resolution to quit things, and I’m okay with that.

2. The single biggest contributor to my happiness in the past two months has been my decision to stop letting other people’s dysfunctions guide my behavior. I’m leaving out work here, where I am literally paid to let other people’s dysfunctions guide my behavior. Aces. Anyway, I am getting to the point in my life where I have no interest in quantity of interaction – in the past few years I have “let go” of a few friends in my life after examining that our relationship is very much based on my feeding their ego and them giving nothing back. More of this for 2014 – I sound like a psychotic friendship ruining maniac, but that is not what I mean. Let’s call this being selective and careful about who is in my life when I have a choice. And we usually have a choice. If you become most like the 5 people in your life you are the closest to, I am going to be sure those 5 people are awesome.

3. Open. Open. Open. I’m not trying to bring back Mervyn’s, just reminding myself that I’m going to remain Open to the Universe. If the purpose of education is to replace an empty mind with an open mind, then I’m going to keep learning and keep testing my beliefs. I have decided that “I know nothing and I don’t really care” can no longer be a worldview. If so, I might as well get a show on A&E and call it a day. Open.

4. The rest: Write more. Read more (yep). Submit, Submit, Submit. Stop hate-watching Bravo TV. Stop avoiding my money manager’s calls, even though he is a total buzzkill. No more drive throughs – if I am lowering myself to eat that crap, I have to go inside and look these people in the eye. Stop denying that I like One Direction. Way more love and hope and laughter. That’s it.

It really was Bridget Jones who said it best:

“Resolution number one: Obviously will lose twenty pounds. Number two: Always put last night’s panties in the laundry basket. Equally important, will find sensible boyfriend to go out with and not continue to form romantic attachments to any of the following: alcoholics, workaholics, commitment phobic’s, peeping toms, megalomaniacs, emotional fuckwits or perverts. And especially will not fantasize about a particular person who embodies all these things”

2 responses to ““Doing nothing accomplishes nothing, gains nothing, changes nothing, and wins nothing. You have to make a move.” ― Richelle E. Goodrich”

Error: Twitter did not respond. Please wait a few minutes and refresh this page.