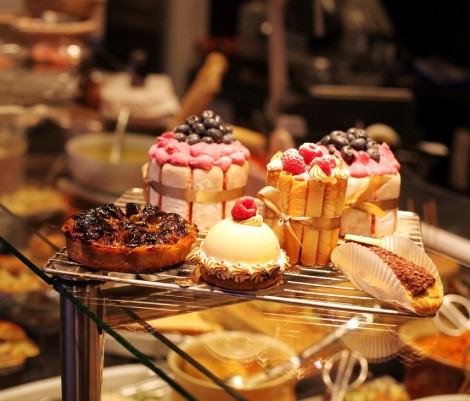 It’s hard to write anything when the country is on fire. I love those people who say Charles Dickens wrote something long and boring during the Spanish flu or whatever (I have made this ‘fact’ up, do not check on it) because, I mean, what kind of sociopath can ignore a pandemic? Also, he left his wife with TEN kids to run off with someone 27 years younger than him so screw that guy. I don’t know why I dragged Dickens into this and am suddenly furious at all men, but here we are. At best, you can snub a pandemic for minutes or hours at a time by distracting yourself. The biggest of the horrors brought upon the world by this administration is the notion that we don’t need to care about each other.

Then go ahead and add on a long overdue civil rights movement, I’m on Twitter much of the day, which just means I get a notification on my watch that says ‘Breathe’ a few times an hour. Capital. Revolution is never neat or tidy, but to put my feeble opinion about it succinctly, fuck yea. People a million times smarter than me are writing and speaking about this, and no one needs my middle aged, middle class, white girl take on anything, so I’ll just listen right now and go back to recommending podcasts and television for those rare moments in a day you need an escape.

Which brings us, quite logically, to The Great British Baking Show. All seasons are currently on Netflix and it is basically just a bunch of really nice people in a tent in a beautiful field in England baking their hearts out. There are not very judge-y judges and not very funny presenters and it’s all just an enormously pleasant way to pass your time. Watching other people cook (Top Chef, Chopped, etc) is one of my favorite things to do, and I love to cook myself. But baking is something I never do – it involves reading directions and measuring things and honestly, where is the creativity in that?

I watched the first one and thought, ‘Hmm, that’s cute, I’ll watch another’ and then something like 42 hours later I was pacing and screaming at the television ‘NO MICHAEL, DON’T TRY THE ICE CREAM BASE IT WILL NEVER SET IN TIME YOU UTTER, UTTER FOOL’. I’m not even embarrassed to tell you that I cry at nearly every episode, because they are all so kind to each other and they make such beautiful things. In every episode someone is crowned Star Baker and they act very surprised and British and pretend they can’t believe it and then call their moms or whatever to share the news and if that doesn’t touch you then you’re a Dickensian monster, obviously. The only downside is that also in every episode they send someone home. And this is less pleasant because I’ve gone and fallen in love with them already and they are out of my life.

I find The Great British Baking Show to be at least as effective as the Calm app, and a lot more fun.

2 responses to ““This I want to believe implicitly: Man was born for love and revolution.” Osamu Dazai”